Yet Another cPanel Price Increase

I got this on the 28th of September. 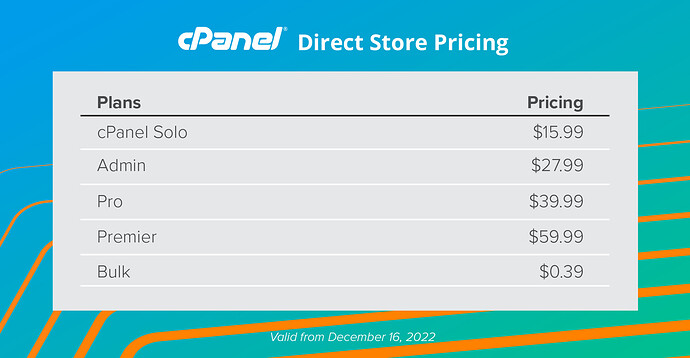 I really don’t know how they justify those prices. I wonder if Web Pros is trying to put cPanel out of business.

Whatever the case, they’ve inspired me to move most of my remaining clients on cPanel to a Virtualmin server that was basically sitting idle between deployments. I’d migrated all its accounts to another Virtualmin server to avoid downtime while its OS was upgraded, and hadn’t redeployed it yet.

So I renamed the idle server, re-pointed its PTR, installed multiple PHP versions and a few other odds and ends that clients would expect, and started migrating clients over. I should have the last ones moved within a week or two.

good for you cpanel is great software but they have too much overhead by the looks of it and need to slim down that is way too much cash for cpanel not worth it imho they essentially want to charge you for a service fee equal to a cell phone for SAAS problem being SAAS is supposed to be something that saves you money NO WAY! thats insane there are alternatives out there. Glad you took the leap and hopefully we can get on board and support VirtualMin with some positive cashflow and keep them going we need good competitors to be strong to keep price competition in the market!

Well, I do pay the license fees. I’ll probably buy another one for the losing server in the current migration and keep it around as a spare / utility server until it’s put back into revenue service, which may be soon. The server hosting my personally-owned sites is getting a little crowded.

I don’t think cPanel is all that great. It was great back in the late 1990’s when I first started using it, mainly because it had no real competition to speak of. There were other panels (including Webmin in… I’m thinking around 1998 or so), but nothing was as comprehensive as cPanel back then.

It also was cheap. I forget the exact price, but it was much less than the monthly lease on a well-endowed, production-worthy VPS.

Nowadays, neither are true anymore. There are a lot of panels that do everything cPanel does, and cPanel is no longer cheap. I can lease a very-competent VPS from a very good, US-based datacenter for less than what the cPanel license will cost with this increase. That’s just ridiculous.

I actually started looking for a cPanel replacement as soon as I found out that they had been purchased by Oakley Capital. In my experience, buyouts by private equity firms rarely work out well for end users. I leased a VPS to use for testing and tried a few panels. When I got to Virtualmin, I liked it and stopped looking. I bought a license and put the “testing” server into revenue service.

I really don’t need the Pro license, by the way; but I believe in paying for GPL software that I use, especially in revenue service. In this case, I could either make contributions or buy licenses. I chose to buy licenses and get the extra features, whatever they are. (I’m actually not sure what those features are other than the script installers.)

If there were no Pro license, I’d make contributions, just as I do for the rest of the FOSS software I rely on. In my opinion, people who use FOSS software to make money and don’t pay something toward maintaining it – even if it’s just a dollar a month (or the equivalent in their local gelt) – are bums. Free software doesn’t grow on trees. Those of us who use it to make a living need to contribute to it, as well.

I can agree with that especially if they provide support there are some freewares I’ve installed I’ve only used on very rare occasion that I have not donated to though for personal use reason being they decided to bundle malware essentially into their updates I do not support projects that add adware/malware into their free software if you do this I remove any support for such an action. All included software should by law have to be checked physically by the user vs checked by default and unchecked by user during install process. I’ve seen people wind up with lots of stuff because their updates to freeware had piggybacked software that was by default checked to install but unless you read the fine print you wouldn’t have known the wiser.

I make a recurring donation to Virtualmin. Here is how you can as well: 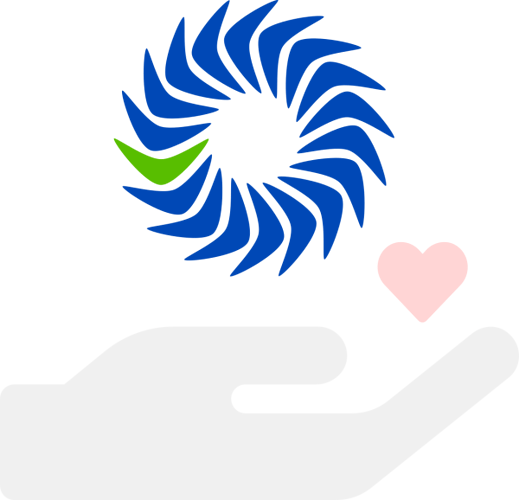 that donation button made things easy. Thanks for the reminder.