I feel sorry for the Virtualmin development team. Actually, I feel sorry for all of us. With the demise of CentOS, linux enthusiasts have responded exactly as the “big corporations” hoped we would.

We just can’t seem to “work together” – I think some consider that communism. So now we have “Redhat variants” popping up “left and right”.

The end result is more work for developers and more confusion for the users. I hope that Virtualmin will be able to discern which distro(s) to support, and that we will not gripe about it.

Yes, I know it’s wishful thinking – we like to gripe when our favorite distro isn’t “the one.”

That’s one way of looking at it.

Another way of looking at it is it gives devs a chance to evaluate the different distros. Who knows? Maybe one of the new distros will turn out to be exactly what they’ve wanted all along. It’s then that the devs will actually begin to dictate which distros will be long lasting and not flash-in-the-pan deals.

The devs will support those distros they like working with. It wont take long before the unsupported distros die out, leaving only the best (in the eyes of the devs) behind.

It’ll be chaotic at first sorting through it all, I’m sure - and I’m glad it’s not me having to do it - but in the long run I think it’s actually a good thing.

Nah, we don’t get to approach the problem from that angle. What I like is mostly irrelevant. What’s popular is what we have to support.

I have opinions, of course, and I express them pretty freely. But, when it comes down to it, we support the most popular server distros, and that’s pretty much the end of it.

Virtualmin/Webmin are pretty popular in their respective categories, with a million+ users combined, but in the overall OS market, we’d be the tail wagging the dog if we tried to dictate what people use. It’d be bad for business and bad for our own ability to do what we want to do (we want a lot of people to use Virtualmin…I don’t have any interest in a vanity project that has a few dozen users).

If we were doing just what we like, I might be trying to get all of y’all to use NixOS. So, be careful what you wish for!

Switch to Linux man, what can I said.Debian works well.

So (out of curiousity as a paying client) how do you determine “what’s popular?”

I haven’t used Redhat for over 10 years now (went Debian) but I’m curious if you will be able to support “any Redhat” clone. They all claim they are a “byte for byte” copy of the Redhat source but they change the /etc/release* files. So I suppose you could scan for the existence of every *conf file and determine if it’s Redhat-based or Debian-based. Or maybe you would have to scan all running processes.

Something I’ve always thought would be interesting – when installing Virtualmin – if it would sniff out what I already have installed (MySQL or MariaDB, NGINX or Apache) and work with what I’ve got.

Not really a “feature request”… but I thought it would be cool, and, with all these new Redhat clones, that approach might work well.

Something I’ve always thought would be interesting – when installing Virtualmin – if it would sniff out what I already have installed (MySQL or MariaDB, NGINX or Apache) and work with what I’ve got.

The installer used to do that sort of thing (to some degree). But, it’s a disaster for support, and we still spend too much time/money on support, even with a well-defined set of dependencies and very emphatic recommendation that people start with a freshly installed OS.

Is there a ticket for that? I’ve never seen that behavior. We’d need to know about it and reproduce it, to fix it.

I used to gripe about all the different versions of Linux, but now I look at it the same way a Machiavellian bounty hunter would. I find one that suits my needs then watch everybody fighting over the others. After they’ve killed themselves in the fighting, I move in and clean up, having not fired a single shot.

The real moral of the story is, competition is good and having variants of Linux actually help the overall stature of the OS. The strongest (and most popular) will survive. Sometimes the best gets sacrificed. The Betamax video format is a case in point, losing out to VHS. Now even VHS is defunct.

By this we can see that this argument over which Linux is best is a point that will also burn itself out eventually.

Is there a ticket for that? I’ve never seen that behavior. We’d need to know about it and reproduce it, to fix it.

@jimdunn Could you maybe provide or link this script, please?

@Joe I’ve seen this problem from time to time, too, after deleting hosts. There has been some discussion:

The CentOS Demise? What demise?

It’s over. They’re not going to produce it anymore. 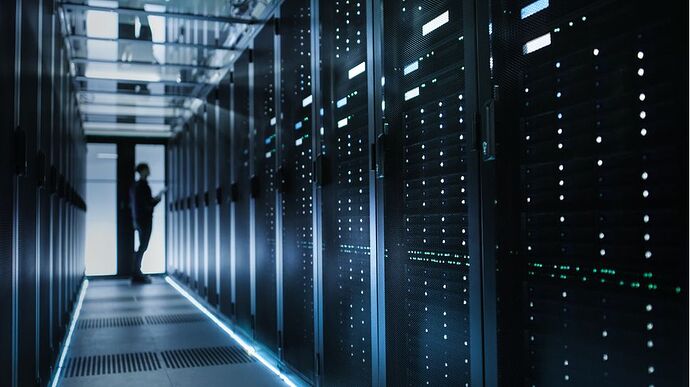 I wonder why they don’t shut down the web site then. From what your link showed, RedHat just stopped funding the organization, but are still producing the OS.

They’re still maintaining the OS’s they have out there, so yeah. But there’s not going to be another one. Once the OS’s already out reach end of life, that’s it. There will be no more.

I find no evidence of that.

It’s continuing as CentOS Stream, which is a rolling release model (similar to Fedora Stream). Amazon Linux (which is a mutant mix of Fedora and CentOS) is also a streaming distro, but they’re also really bad at operating systems, so I gave up on trying to support it very quickly.

We will try to support CentOS Stream, but I have significant doubts it’ll be suitable for server use. But, Rocky and Alma already exist. This thread isn’t really going anywhere useful arguing about what Red Hat does with CentOS.

I did not know that Virtualmin did not support rolling release operating systems. I guess it just never dawned on me. Now that I think about it, there are plenty left out, such as Arch, OpenSUSE and Gentoo. Very interesting.

Joe, can you explain the problems they create for you?

They aren’t suitable for production use on servers.

More importantly, though, would be to fix little things, like “when I delete a virtual host and it doesn’t properly clean up the conf files and leaves dovecot in a broken state.”

This problem has been fixed months ago and must be no longer an issue with Virtualmin 6.16 and Webmin 1.973.

but I’m curious if you will be able to support “any Redhat” clone.

Yes, we will do – AlmaLinux and Rocky Linux.

Maybe I’m jaded, but my observation from decades in this business is that it’s dominated by tightwads. CentOS started out as an independent project, just like Rocky Linux is now. It was a lack of support by the vast number of people using it that led to their accepting RedHat’s offer of “support.”

I mean, if everyone using CentOS on a commercial server had sent them a dollar a month, they never would have had to sell out to Red Hat, and none of this mess would have happened. But people in this business are, by and large, tightwads.

I have to give Greg a lot of credit for trying again; but frankly, I doubt he’s going to get enough support of the monetary kind to keep it independent. Needless to say, I hope I’m wrong about that.

AlmaLinux doesn’t need as many dollars because Igor takes in a lot of them selling CloudLinux and KernelCare. He also needs a reliable upstream source for CloudLinux, hence his throwing his company’s resources behind AlmaLinux. Even though AlmaLinux is free, he has a commercial interest in its success.

Which, of course, is enough to turn many people off. The open-source community has a large percentage of people who distrust profit-making businesses in general. Me, I’m an unapologetic capitalist pig. If Igor’s desire to make more money results in a good, stable, and reliable RH-compatible OS, more power – and money – to him.

My personal plan is to use and contribute to AlmaLinux because I have more confidence that it will still be around ten years from now. I also use KernelCare on all my servers, so Igor will make a few bucks on me that way.

But I’m also giving money to Rocky Linux because I want it to succeed even if I don’t personally use it. I don’t want it to go the way of CentOS.

For those of you who plan to use Rocky Linux, never lose sight of the fact that Greg’s giving y’all a second chance. If you don’t support him this time around, even if it’s only a dollar a month (or less if that’s huge money in your country), then you’re all a bunch of bums.

Would you please point me to any statements regarding AlmaLinux? Or can you tell me if it is working nicely with Virtualmin?

I keep seeing hints on this but not finding anything concrete. Not trying to spam the boards, but I really am looking for an answer.