I Tried a Different Approach to Virtualmin on AlmaLinux

This is the fourth way I’ve tried to install Virtualmin on AlmaLinux. This was seems to avoid the problems of the first three tries. Here’s what I did (on a virtual machine for the time being).

Upon next login to Virtualmin, Virtualmin noticed and warned my about the OS change, but didn’t make a big deal about it. It was more of a, “Hey, look at this,” than a “What the hell is this shit?” kind of thing. 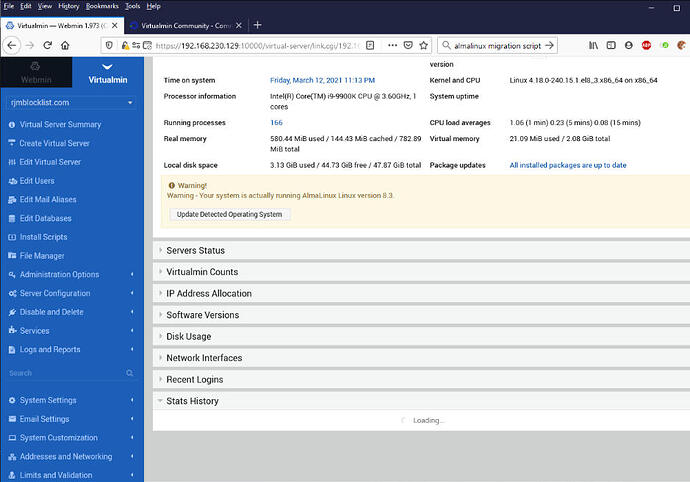 I clicked the button to update, and everything appears to work. 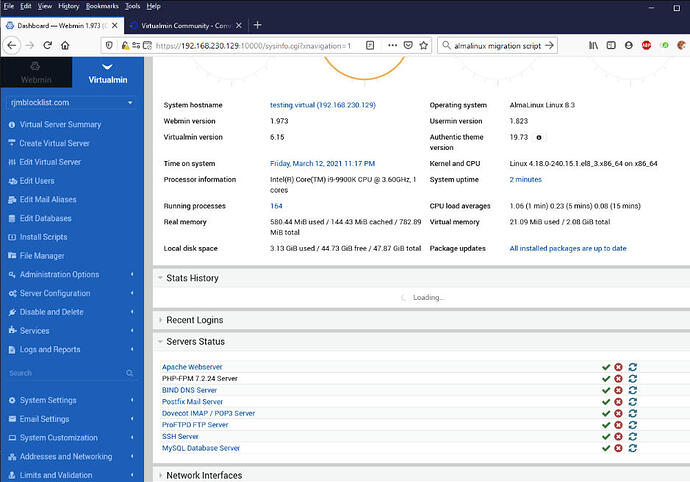 The service statuses are correct and restart properly, for example, which corrected one of the problems I had in the third try.

The MySQL-dependent site I restored as a test also works. 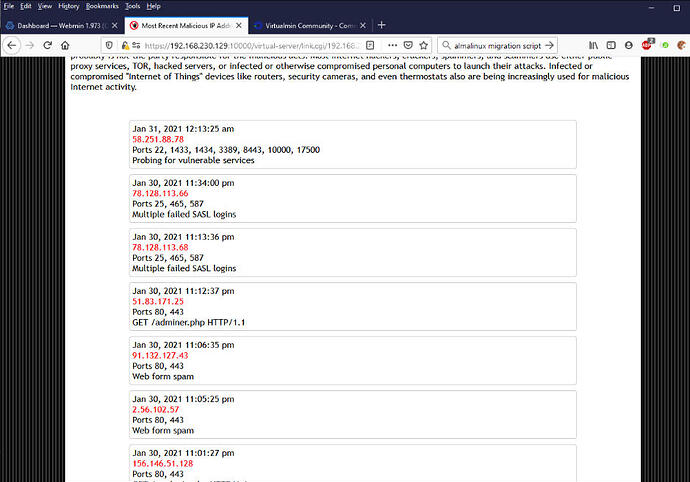 This was both the easiest and the best test yet. I’m going to repeat it on the physical machine, probably sometime over the weekend. 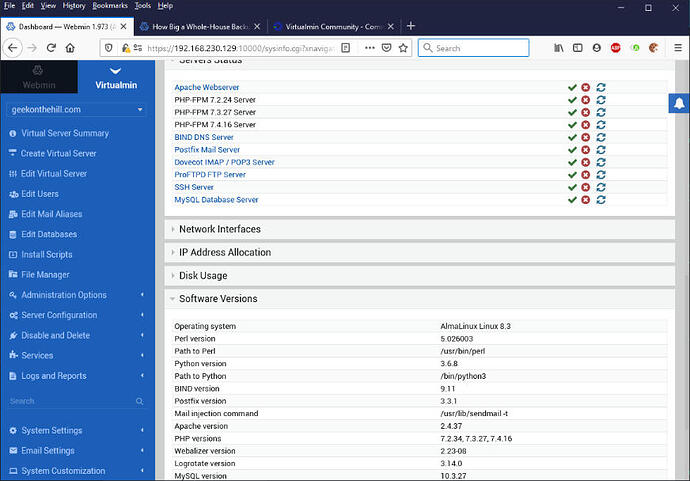 And restored a WordPress site from backup. 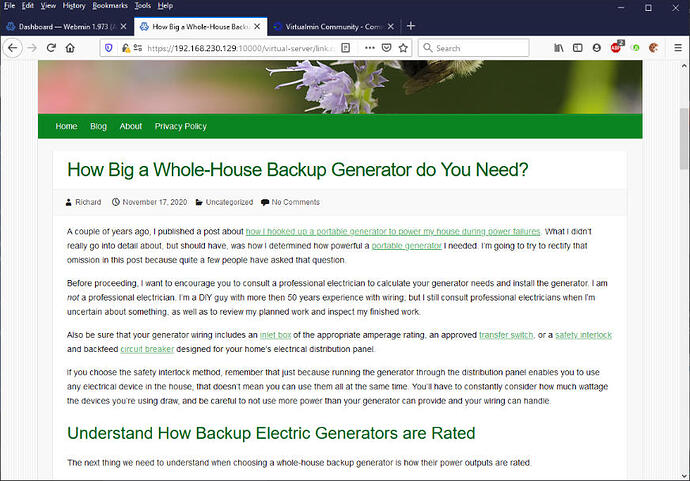 This morning I migrated two sites from cPanel backups to Virtualmin running on AlmaLinux on the VM. No issues.

I decided to re-create this server one more time on the VM, using the following sequence:

The next step after that will be installing it on the ThinkCentre I’m using as a physical testing server using steps 1 - 4 of the above sequence, and possibly migrating cPanel backups from a client server that I hope to be moving from Centos 7.9 with cPanel > AlmaLinux 8.3 with Virtualmin. I’m curious as to whether and how the cPanel email filters will be handled by the Virtualmin migration, among other things.

I played with this a few time on the virtual machine (and may play with it again), but I think I’m going to reverse myself about one thing: Running the AlmaLinux migration after installing Virtualmin and migrating the cPanel site seems to actually work better than the other way around.

This time my sequence was:

Again, Virtualmin accepted the new OS without drama, and everything seems to work fine (most importantly, the database-driven functions).

I’m going to upgrade the RAM in the Tiny PC to 16GB to replicate the server we’ll probably be upgrading to before trying it there. There’s probably no need to because that’s what I specified in VirtualBox, but I’m OCD that way. I’ll also most likely leave it running as a testing server, anyway. The RAM is on order from B&H. I didn’t feel like driving for four hours for two sticks of DDR3.

It would be nice if other folks with spare machines laying around would replicate these tests. CentOS 8 stable will soon be history, and 7 isn’t far behind. AlmaLinux looks like a viable replacement so far.

I may repeat the process using Oracle (as much as I dislike the company), Rocky, and whatever else is out there, too. I have a spare 8TB Exos drive laying around new. I may as well use it to store VM’s.