VM are moved but not revoverd as running

Hi i have alot of vm’s running and when i move one vm to another server i can see:

So why can the system not recover the last state via saved processes ?

I have a brand new nfs shared storrage

Do you mean you want to preserve the actually running in-memory state when a VM is moved?

Hi i think the process state and the memory state are not saved and when the vm is moved to the new host its listet as down. But it should resume the saved processes and memory.

Do you mean that the VM isn’t re-started on the new host after being moved off?

yes, i have try this with a iscsi storage and when i move a running vm:

Can you post the output you see in Cloudmin when you move a VM that’s using NFS storage?

Also, is the NFS storage mounted in the same location and from the same server on both systems? 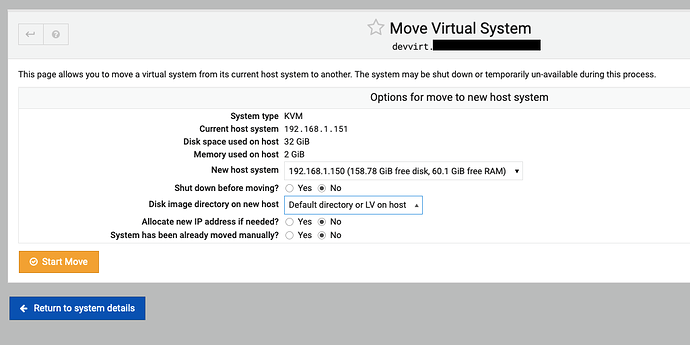 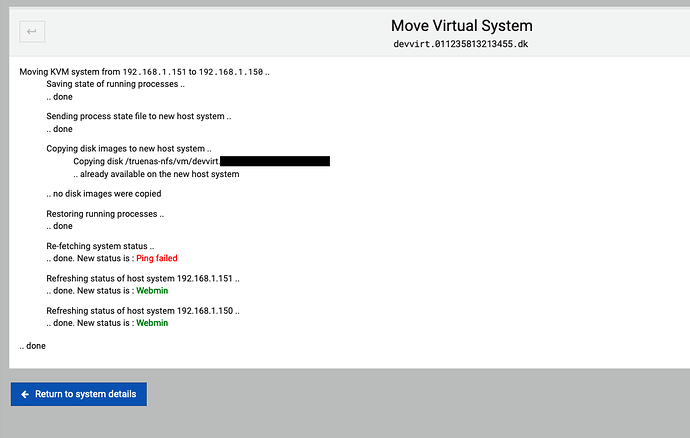 Have you tried accessing the VM via the graphical console feature in Cloudmin after the move?

no i can’t the vm is down

The “ping failed” status doesn’t mean it is down though - just that networking isn’t up. It should still be possible to access the console.

no i cannt access the vnc console, connection refused, i have to start this vm again.
where is the process state file saved ? 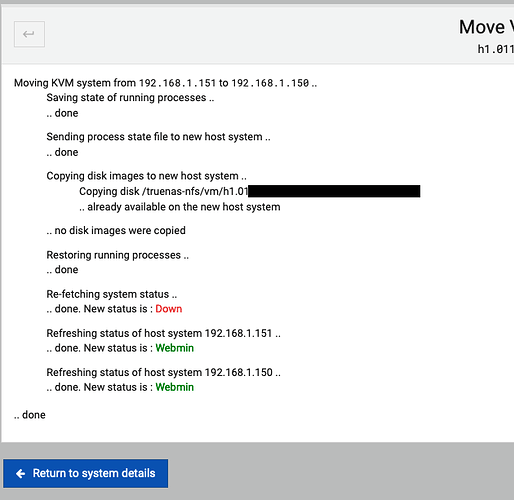 Process state gets stored in a temp file that’s copied across before starting the VM on the new system.

Which KVM versions are you running on the old and new host systems?