Just want to mention that the dashboard information does not reflect what is displayed in my vps dashboard, especially the CPU usage is way off. 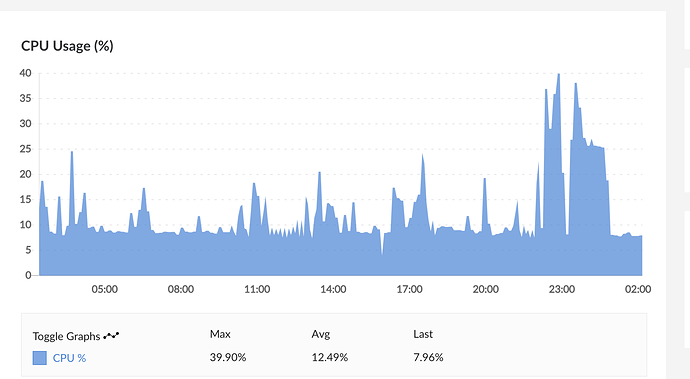 Perhaps it is displaying correctly after all, @brody1.

The two graphical representations of CPU usage would match if the time scale for both were the same. However in the visuals you have used, the Virtualmin dashboard could be thought of as a real-time representation and the bar graph as a 24 hour representation (60 * 60 * 24 = 86,400 units of data sampled and displayed by average value, one or two orders of magnitude lower than the sample rate).

In order to satisfy yourself that the system information is displaying correctly, you could:

All the best and let us know how it goes.