Forgive Me for Raising an Eyebrow, RedHat

Free RHEL for up to 16 production servers: 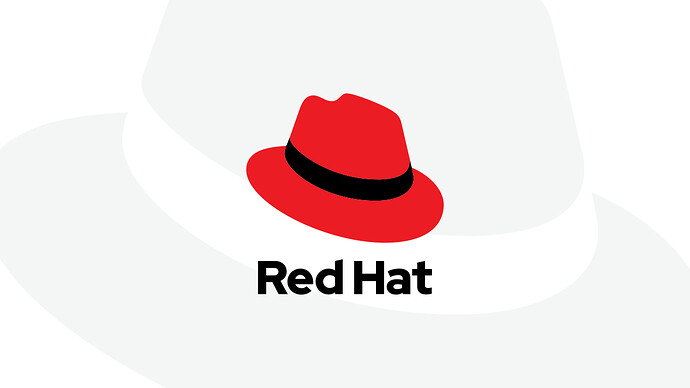 Pardon me for being skeptical about their motives.

Yeah, seems a little risky, I don’t know how long they’ll maintain such a program, but…I mean, RHEL is a very good production server OS choice. They are better than anybody at producing a stable Linux distribution that you can trust for years to not break even during upgrades (and the only real competition is just recompiling Red Hat’s work).

I suspect for a lot of folks 16 servers is sufficient. It would be for us, and it does insure we can keep supporting RHEL even after CentOS is no longer directly/completely compatible.

Absolutely. So is Oracle Linux as far as I can tell. But I don’t trust either company not to pull the rug out with little or no notice.

I’d actually be more comfortable with a lower-cost RHEL license for smaller operators, with a long-term renewal option engraved in stone. Or maybe they could do it on a sliding scale based on some easily measurable metric. That way a mom and pop on a VPS wouldn’t be expected to pay the same as a multinational bank or brokerage house.

“Free,” however, makes me suspicious.

I trust IBM (Red Hat) vastly more than I trust Oracle, and I don’t trust IBM at all.

Pardon me for being skeptical about their motives.

So this is only available for 10 days? (last sentence)

While CentOS Linux provided a no-cost Linux distribution, no-cost RHEL also exists today through the Red Hat Developer program. The program’s terms formerly limited its use to single-machine developers. We recognized this was a challenging limitation.

We’re addressing this by expanding the terms of the Red Hat Developer program so that the Individual Developer subscription for RHEL can be used in production for up to 16 systems. That’s exactly what it sounds like: for small production use cases, this is no-cost, self-supported RHEL. You need only to sign in with a free Red Hat account (or via single sign-on through GitHub, Twitter, Facebook, and other accounts) to download RHEL and receive updates. Nothing else is required. This isn’t a sales program and no sales representative will follow up. An option will exist within the subscription to easily upgrade to full support, but that’s up to you.

You can also use the expanded Red Hat Developer program to run RHEL on major public clouds including AWS, Google Cloud Platform, and Microsoft Azure. You have to pay only the usual hosting fees charged by your provider of choice; the operating system is free for both development and small production workloads.

The updated Individual Developer subscription for RHEL will be available no later than February 1, 2021.

What’s the point in that? (Or do they mean that’s when it’s starting?)

I think IBM is starting to realize that they made a mistake. Rather than selling more licenses, they’re pushing CentOS users off the reservation to take refuge in AlmaLinux, Rocky Linux, Springdale Linux (Princeton’s project, formerly known as PUIAS Linux), Oracle Linux, or whatever else is out there.

They’re also generating free publicity for Oracle, whose RHEL clone seems quite robust to me, and whose paid licenses are much less expensive than Red Hat’s; and Igor Seletskiy, who built an entire company around two products (CloudLinux and KernelCare) that improved upon RHEL.

The reason I point that out is because there are a lot of people like myself who love free speech, but who are skeptical of free beer. Projects with no funding tend to die. That’s what happened to CentOS, if you think about it. How many people contributed actual coin to the project when it was still independent?

Out of all the clones, whether existing or in the pipeline, only two are from proprietary companies: Oracle Linux, and AlmaLinux. To many admins, that’s a plus. Projects with a revenue stream are less likely to die than projects funded only by good intentions.

In the case of AlmaLinux, CloudLinux may be a small company, but they made their name selling something better than RH could come up with. Lots of companies running RHEL run it on Igor’s kernel rather than RH’s because it provides a clear advantage. (I wouldn’t be at all surprised if IBM were one of them.)

KernelCare also supports Oracle’s UEK now, which I don’t think is a coincidence in timing. Admins running RHEL on KernelCare rightly enjoy the live patching and the near-elimination of reboots. They like measuring uptime in months, or sometimes years. Now that they can do that on Oracle Linux, might that move some RHEL users to Oracle’s essentially-identical, but much less-expensive product?

I think IBM realizes that yet again, they’ve shot themselves in the foot. Their CentOS users are leaving, and a sizable chunk of their RHEL may follow.

Nonetheless, I have to find my credentials and see if I’m still registered as a RH developer. I know they haven’t spammed me in a while, so I may have been dropped. But I want to keep up with the news now. It’s starting to get interesting.

What’s the point in that? (Or do they mean that’s when it’s starting?)

I think that’s what it means. They always issued development licenses to registered developers, good for local installations (but not updates, rather bizarrely) on non-production servers. Now they have to work out the logistics and limitations of the free production licenses – hopefully before they decide to pull the plug on them.

So basically starting 01 Feb 2021 anyone who uses RHEL on less than 16 servers can get it for free?

I just emailed them and got a bounce-email, so looks like they’re not interested in hearing from the community!

Here’s what I emailed them (to centos-questions@redhat.com)

I have a question regarding your latest statement (New Year, new Red Hat Enterprise Linux programs: Easier ways to access RHEL) which I hope someone from your team can help with.

Under the section "No-cost RHEL for small production workloads” you state that "Individual Developer subscription for RHEL can be used in production for up to 16 systems” - could you clarify what this means please? Does it mean you can use the full and complete Red Hat Enterprise Linux Server and on each physical box/server up to 16 servers? Or does it mean per 16 system cluster of servers? (So for example if a system has a web-server on one box/server and a database server on another, would be classed as a single system?).

Finally, are these promised on a lifetime basis, or is this some sort of ‘introductory offer’?

I’d be grateful if you could provide some clarity on this.

And here’s their bounce:

Thanks for reaching out regarding CentOS! We understand that this
announcement may be prompting you to start thinking about the future.
We recognize there are many different use cases and that each case has
unique requirements. We’re working hard to ensure we meet the needs of
as many users as possible.

Working with the CentOS Project Governing Board, we are tailoring
programs to meet the needs of various user groups. In the first half
of 2021, we will introduce low- or no-cost programs for a variety of
use cases, including options for open source projects and communities,
partner ecosystems, and an expansion of the Red Hat Enterprise Linux
Developer subscription use cases to better serve the needs of systems
administrators and partner developers.

With a full year before builds of CentOS Linux end, you can rest
assured that we will provide multiple programs designed to meet user
needs in ample time for adoption before the end of 2021. You will
receive additional communications from us shortly with more specific
information on programs and options. In the meantime, you can review
the blog post and FAQ for more information.

Just signed in to RH portal and service available now, no need to wait for 1st Feb. Think they said they are reviewing services so I am guessing more to come in terms of announcements. I will at least try it and another server on Stream

There is nothing wrong with using RH/CE from a technical standpoint. However, philosophically, seems to me more and more people/companies are putting their eggs into the Debian basket instead. I’m a long time CE user but I find that whenever I have some problem or looking for some package, there always seems to be more info on how to do it the Debian way. I also find myself liking using that OS more and more.