I do not know what problems I have in my virtualmin but every X days it saturates and cannot even be accessed and I have to do a forced restart. To fix this at the moment I have added a cron to restart once a day, but I don’t know why it is not working. I have tried it by running it and it works, but when the time comes it does not restart. Can you help me?

I remove Input to command but don’t running

Thank you very much

Or better yet, try to figure out what’s causing the problem with CentOS. Since I started using KernelCare and no longer have to reboot for kernel updates, I measure my uptime in months and years. A Linux machine that bogs down and needs to be rebooted every few days has a problem somewhere.

If it’s a public shared Web server, my first bet would be some poorly-written script combined with inadequate resources and/or overly generous resource limits.

Thank you very much for your comment, this worked for me. Now the system is rebooted

I don’t know which is the problem, I just install webmin and virtualmin and create 3 webs, any script, do you have any idea to solve my problem?

Thank you very much

What are the hardware resources of your server? 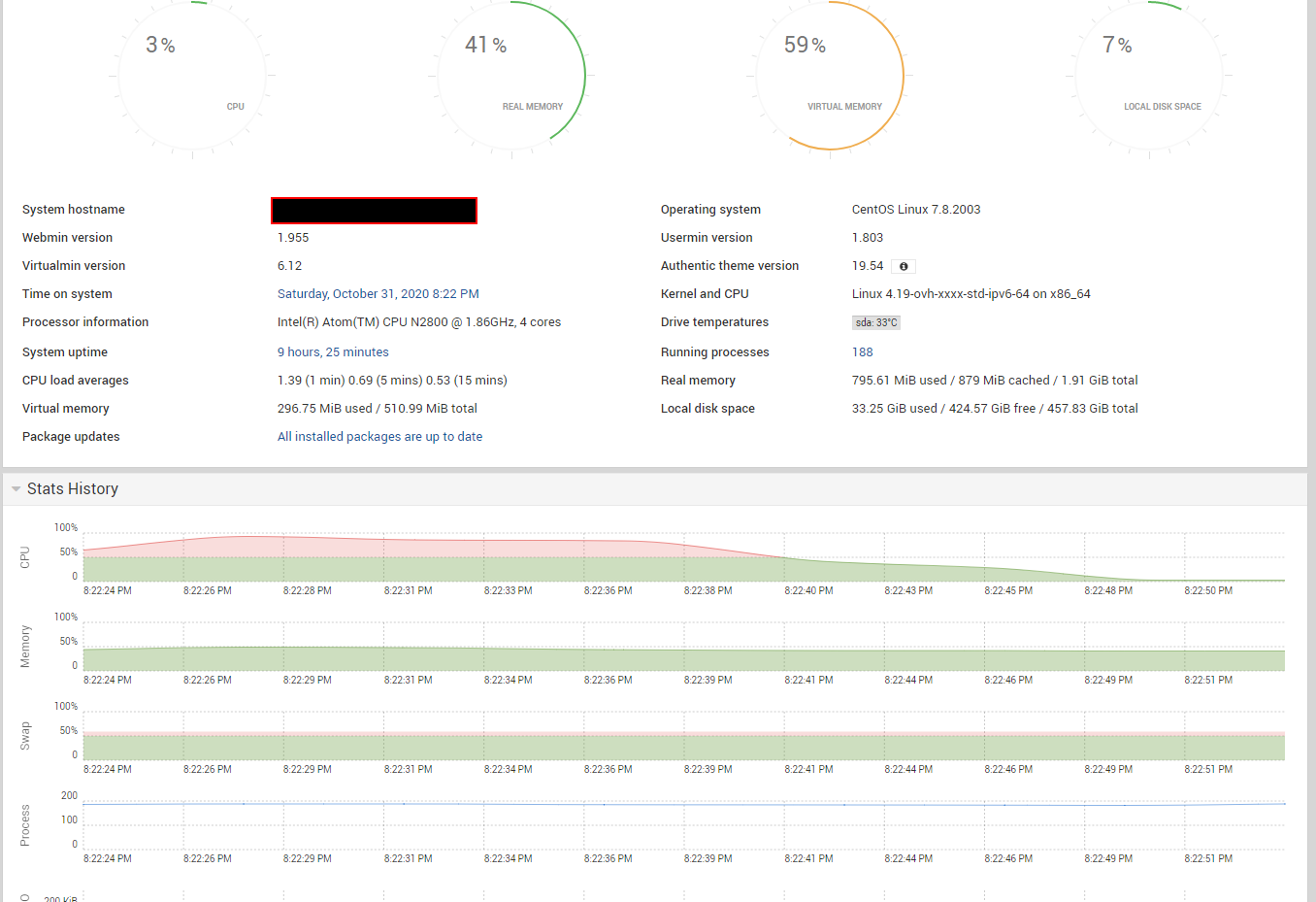 An Atom N2800 and 2 gigs of RAM is enough to run CentOS 7 and Virtualmin, but not much more.

When you say “three webs,” that’s pretty vague That CPU / RAM combo should be able to run three static HTML sites without much problem, but three Wordpress or other database-driven sites could start stressing it, especially if they’re popular.

I suggest you install htop and iotop so when your server gets bogged down, you can get a better idea of what’s causing it.

Also. the fact that your server hardware is less-than-bleeding-edge doesn’t rule out a poorly-coded script that’s pushing it over the edge of the resource cliff, or a scheduled backup that running too many threads and overworking the disk (which is already pretty busy caching). Looking at it while it’s struggling is the next step in understanding why.