Why MySQL and Not MariaDB on Ubuntu 20.04 - Virtualmin

Hi Joe, thank you for your reply.

With all due respect, they didn’t “revert” anything? Ok.
When you by default install package A with a distro, on the next version the package B is chosen to install by default, and then it goes back to package A, that is not “reverting” a decision? Well, ok. maybe it’s my english.

I do believe when compatibility starts breaking with mysql, most will go for MariaDB. Also, for example, one of the biggest industry players on this market (cPanel) has long shifted to mariadb, so its safe to assume that currently there is a whole universe of customers and websites derived from this all using MariaDB. Just the user base of cPanel alone is too big to be neglectable and hosting software should have this present.

But indeed as you mention, both packages are available and one can install whatever wants. But definitely if MariaDB to MySQL migrations break, no one will be going back to mysql from MariaDB, unless there was a very good tradeoff to justify it. And from where I sit, I don’t see it.

Where do you get the idea that Debian reverted back to MySQL?

Hi toreskev,
You made a great question. I did get that idea from a previous answer, but reading through them I don’t see it. So I guess I misunderstood that. I’m sorry, my bad - I said it’s my english! lol
So mariadb is the default db (installed by default) across the board, right?

I don’t know about CentOS, but for Debian the default-mysql package installs MariaDB at least

Same for RHEL/CentOS/Fedora. I really misunderstood something above and got me thinking the default db-package was back to mysql instead of mariadb. My bad, I apologise!

My Vote is for MariaDB in Ubuntu as well

I think I’d rather everyone was using mariadb, too. It’d simplify things for us, but I don’t think we’ll ever get away from folks installing the upstream MySQL packages from Oracle.

So, i think for Virtualmin 7, coming by the end of the year (hopefully just a few weeks away, but I’m always swamped…just absolutely overwhelmed at all times, we just don’t have enough developers to manage a project of this size and scope and a userbase this large), we’ll switch the default database in Virtualmin installations to mariadb for all distros.

Maybe I should be looking for people who object to that change rather than people who support it. The general community feeling across all distros does now seem to favor mariadb. We just haven’t done a new major version in a couple of years, so our installer isn’t reflecting that yet (we don’t change package selection between minor versions, as it’d be way too disruptive and confusing).

Just for the record Joe, you guys do an awesome job and have really done a fantastic job of your automated install.!

Yeah…Mariadb’s been the standard on Debian for a while now.

I think for the most part the only reason mariadb’s the standard on there is because like Plesk, they’re mostly beholden to CentOS, and CentOS switched to Mariadb even before Debian switched to it. If I remember correctly, Debian hummed and hawed about it for a year or two after CentOS switched before they finally switched.

Plesk and cPanel choose CentOS because they take their business seriously and don’t waste time with inferior linux distributions. Just look at this forum, who has more issues? What are the distros that have more issues more frequently?

When you’re in the business of selling hosting and services, you go for stability and reliability. you go for distributions that have a proper development and release cycle (CentOS 7: 2014-2022 // Ubuntu, one major release every two years)

Even though that statement alone, like it currently is, is a bid flawed. It also depends on the user and how the system itself is used/configured.
But overall, its somewhat correct at some point.

This discussion doesn’t make sense at all. If you are going to install SugarCRM you are required to use MySQL. If you need support and they find out, you are using MariaDB, you are not getting any support, as long as you don’t use MySQL.

Just ask within the installation script, whether MySQL or MariaDB should be installed, and every one can get what they need.

This discussion doesn’t make sense at all. If you are going to install SugarCRM you are required to use MySQL. If you need support and they find out, you are using MariaDB, you are not getting any support, as long as you don’t use MySQL.

That’s a pretty special case, and as far as I can tell from a quick google search, SugarCRM works on MariaDB…I’ll take your word for it that they won’t support it on MariaDB, but that’s a problem for the SugarCRM folks. They’ve got a lot more money and developer resources than we do, so maybe tell them to support MariaDB instead of expecting us to steer our development based on their (weird) choices?

Just ask within the installation script, whether MySQL or MariaDB should be installed, and every one can get what they need.

We’re four devs. We already have too many variables. We won’t stop supporting MySQL (see our commit history for the huge amount of work that goes into supporting the latest and greatest versions of both MariaDB and MySQL) in Webmin and Virtualmin, but we need the default installation to be flawless, and that is nearly impossible even with only one database being the “default”.

I don’t have strong opinions, but nobody freaked out about the MariaDB switch on CentOS a few years back. But, maybe SugarCRM is one reason we still have people insisting on installing the upstream MySQL packages without reading up on the implications of that change first. And, we can’t make development decisions based on what some other project, that’s not even among our most popular installers (it might be in the top 10, but definitely not the top 5, though we don’t collect that install data anymore), and actually does work with MariaDB…so, it only matters to people who pay for SugarCRM support.

I just looked at SugarCRM pricing. They’re definitely making more money than we are. I’ll tell you what, if you’ll pay us $52/month per user with a ten user minimum, we’ll support both MySQL and MariaDB in the installer!

@DrCarsonBeckett is that name from Atlantis? haha only noticed now, huge SG fan.
Anyway, yes, a bit flawed for sake of over-simplifying!

@just_me and @Joe SugarCRM AND SuiteCRM both work without issues with MariaDB afaik haven’t found incompatibilities.

In anyway to make an installer script, would never look at Sugar but SuiteCRM, which is pretty much the same but open-source derived from SugarCRM 6.5-CE. Out of the box is almost useless, it requires much work (or money) to put up to speed anyway. But money spent on development will still come off cheaper than paying Sugar’s licence.

is that name from Atlantis? haha only noticed now, huge SG fan.
Anyway, yes, a bit flawed for sake of over-simplifying!

Yes, it is! Lovely too see another fan here.

hehe thanks for your words.
I actually didn’t elaborate much because I’ve already ranted against Ubuntu on another thread that was also related to database issues and I don’t like to pose as hater but if I go around talking trash about it I’ll seem like one or a troll hehe.

But anyway there are several reasons to prefer CentOS over Debian or Ubuntu:

1st - package manager:
apt seems like yum 15 years ago when there was only Red Hat Linux before RHEL. Its a package manager that stopped somewhere in time, but has a bunch of followers saying its the best thing there is. Please come back when apt returns the history of events, and allows to rollback with a single command, for example. A proper package manager is worth millions.

2nd - support:
Well, CentOS isn’t paid and doesn’t really have paid support, right?
Right.
But Enterprise Customers have mixed environments with RHEL and CentOS. These customers pay hundreds and thousands into development, into fixing bugs, and to ensure their infrastructure runs flawlessly. Red Hat has this pressure from paying customers to quickly fix things. And they do.

Also, there is the point on long-term support and long-term service.
CentOS has a major release that lasts many years. This versions undergo some changes, but not major changes that would cause big impact on the systems running that version.
Ubuntus and the likes have fast cycles and major releases too often, and stability aside, I honestly don’t see any point in making major releases with major system changes every two years.

Anyway this is just a superficial approach there was some other topic where I think I elaborated more and better. I’m just dying for my friday to end!

I know, and it is not my decision to work with SugarCRM. It’s a client i provide hosting service for, so no, i am not paying those licenses :.)

Nevertheless its brilliant, what you achieved over the years, i am around quite long and your (and Eric’s) support helps a lot…

Thank you very much.

PS: I will reinstate cloudmin license in September again ;.)

There is no “official” database on Debian or Ubuntu, you can install either one. 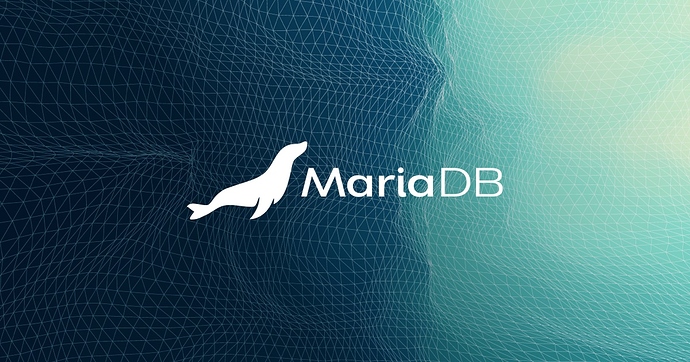 MariaDB Replaces MySQL as the Default in Debian 9 | MariaDB

No “official” database and a default database are two different things.