This is invalid information. You should NOT be updating Webmin from the Webmin repo when using Virtualmin. The versions you indicated as being outdated are also NOT outdated in terms of the versions made available to Virtualmin repo.

Virtualmin team does extra testing to ensure Webmin/Usermin work properly with the current version of Virtualmin.

Ok so next question, I guess I have to figure out why Webmin and Usermin hasn’t updated automatically? I have 6 servers which I now have to audit / change.

You are up to date with what is in the Virtualmin repos (intentionally). Where are you seeing “outdated”?

Do not add other repos, please, including the Webmin repos, for Virtualmin updates, unless explicitly told to do so by one of us (Staff).

Doesn’t look like automatic updates are supported for Ubuntu / Focal

Services stopping “randomly” is almost always the OOM killer kicking in. Usermin doesn’t crash…so, something is stopping it.

How much free memory do you have?

That is because of me and my post , but i was on wrong leg because topic about usermin.

Then after it seems a virtualmin install did write not to have separate updates for usermin / webmin becuase it can break things.

So is misunderstanding sorry for that one.

But i also extra mentioned if bug / known problem he can find it probably somewhere in the updates with changelogs reading or issue’s.

Thanks guys for the incredible amount of tips and advice. Hopefully I can post enough information here to solve this problem.

What’s interesting this morning it happened again, and when it happens I notice that the service appears to be running:

However the port closed the moment I tried accessing it:

Then when I restart everything is fine again:

I don’t think it’s memory for but reference I paste the memory consumption here. Also I have many different servers and all of them have quite a bit of RAM, this one has the lowest though:

@calport thanks for the monitoring advice. I use PRTG extensively and Spatie’s network monitoring tools which has a Linux service checker. The problem of course as just mentioned is the service appears to just keep on running, but checking port 20000 always fails and then PRTG sends a push notification.

Are you running a full stack on that system?

Yes it’s a stock / default Virtualmin install without any customizations whatsoever. All my installations are the same, stock installs without customizations. Around 6 of them, Ubuntu 20.04. All of them has the same issue. If I can figure out a watchdog or monit test that checks for port 20000 existence I can implement a temporary workaround.

I have found that 2GB RAM is pushing things a bit, if you are running a full stack. Email software generally eats up a lot of resources on their own.

Most of our systems have a minimum of 4GB and even then I rarely put a full stack on the same machine in order to optimize and maximize resources (though I don’t expect everyone to follow suite on this front as it does require some extra work to maintain).

Email software generally eats up a lot of resources on their own.

Mostly ClamAV. Everything else is quite small. SpamAssassin is the next biggest part of the mail stack, but it’s minuscule compared to clamd (which is over 1GB, by itself, and continues to grow faster every year). If ever you suspect memory is an issue, disable virus scanning and shut down clamd, and see how things look after. I’ve been tempted to stop installing ClamAV by default, as it’s just unrealistic to run it on most of the servers people are running Virtualmin on, and it is not intuitive that such a tiny part of the work the system does requires so much of the resources (even though the setup wizard is very clear about ClamAV being very large, I don’t think people always read it).

My primary point was, I find that when you try to cram everything on a single “small” VPS, you are not giving everything enough resources to run “properly”. I see people placing full stacks on 1GB or 2GB systems, then they load the same system with a bunch of busy (or unoptimized) WordPress sites and start to see issues with overall performance. A quick look at “htop” shows they’re spiking their resources regularly and they wonder why services start to shutdown…

*** I’ve also noticed lately MySQL tends to chew through a ton of CPU/Memory when not setup correctly or you start loading lots of database heavy scripts. ***

Happened again on another server, this one has 16 GB RAM. Found good instructions how to monitor using monit:

Add this contents to the new file usermin you are editing:

Check the syntax and reload monit

I had the same problem, and it did turn out to be out of memory issues. Until I could deal with that, I used Webmin’s System and Server Status to check and restart the usermin service.

Commands to run > If monitor goes down, run command:

yes, i have same problem.

SYSTEM INFORMATION **OS type and version: Debian 10 and almalinux 8.4 REQUIRED **Webmin version:1.981 REQUIRED **Virtualmin version:6.17 REQUIRED **Related products version: RECOMMENDED hello, i have same problem on different server (2 debian 10 and 1 almalinux 8.4). problem is when i try to open : https://server:20000 usermin crash if i login in ssh and execute systemctl restart usermin after works fine. but at next reboot (kernel update or similar) i have same issu…

sorry but i didn’t had time to check…
for now i solve with System and Server Status, like keenmouse suggests.

i have this probem on debian 10 / almalinux 8

Y’all need to look at the Usermin miniserv.error log and the kernel log (for OOM killer messages) to find out why it’s exiting. Usermin does not crash. So, something is killing it.

Restarting it is just masking whatever problem your system has.

@Joe I can now semi reliably make it stop working.

Any cluets? I tried this on Ubuntu:

I also carefully looked at Syslog but I don’t see anything to do with memory or Usermin.

So I need some help how to detect out of memory events on a Ubuntu Linux to see if this is causing Usermin to stop working.

Just to be clear about how I make it “crash”:

Well I found this: 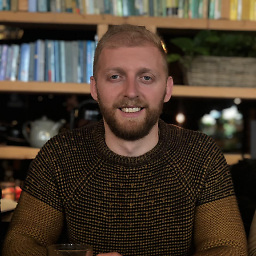 Not seeing anything though. Are we 100% sure Usermin OOMs would be logged and to which file?

I can reliably reproduce this issue now and would love to get it fixed. Clients rely on Webmail at critical times and even though monit is helping this is a delay of up to a minute where the client starts loosing trust.

i’m not sure is related, but i’m using csf firewall on my virtualmin servers.

and one week ago i try to change this

@vander.host what is the ram and cpu on that server (no swap please - just real ram value) ? 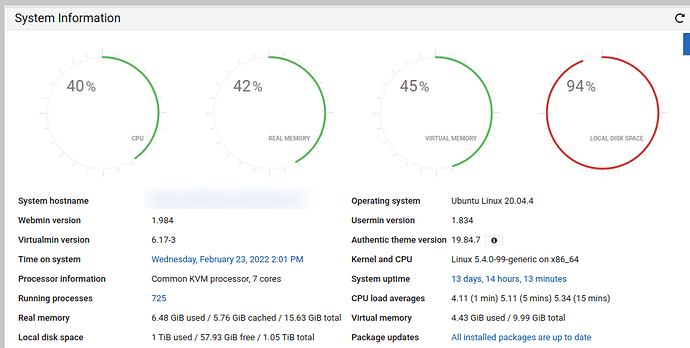