One question for understanding the process.

When we install a script via the script installer that is a great helpful too and it also signals when there is an updated version available. My question is now is that updated version available always checking before what version is currently running already on the site or is it only a standard check with the version which had been installed at first place and if then a higher number is available then it shows the updated version without checking actually what version is already installed.
That would actually not be very useful and more confusing.

WordPress provides its own updates and they can be automized therefore it would be advices that also Virtualmin is always checking first for the installed Version and if that is lower than the latest one it shows the updated Version and a button to update that Version.

It’s like that for WordPress because WordPress is special. Most applications are not as good as WordPress.

It’s like that for WordPress because WordPress is special.
as I mentioned both options it would have been nice to here what it is like

Version 2 is pretty helpful as you could update Wordpress without having access to the site itself but it might cause problems if virtualmin is not checking for the updates.

I’m pretty sure Jamie implemented a check of the actual installed WordPress version regardless of whether it was upgraded in Virtualmin or WordPress did the upgrade itself. I don’t think that’s been done for any other applications (but maybe, it’s not my area of the code).

I just installed 5.2 as an unsupported version in folder “wordpress”
and then tried to install 5.4.1 in folder “wp” and it is possible to install WordPress twice.
But nowhere we actually can see that 2 times WordPress has been installed on the site already in 2 different folders. The only way to see that is going to the file manager

Also here the overview would help

when already a version is installed in the same directory you choose than an error gets shown which is good.
### Failed to install script: WordPress appears to be already installed in the selected directory
I tested it with a folder where a manual install was already present.

I changed the version numbers and it is checking which version has been installed - that is good as than we can actually get a better overview and “reinstall” and switch the installations we have already to be a virtuamin installed one which than again enables updates form outside WP.

BUT there is a BUG as it is NOT Possible to install an unsupported Version
We had chosen 4.7.9 and it is downloading “latest” but tells further down it is installing 4.7.9 which it actually has not even downloaded! And the result is 5.4.1. Also requirements won’t get checked as 4.7.9 is not even running on PHP 7.4 which is installed. So the function of unsupported scripts is not very clear, I suggest that the versions which could get installed get added here - if any work actually. 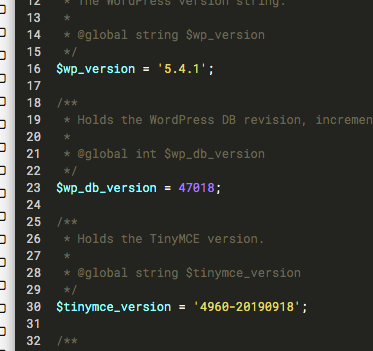 but even when I install the version mentioned in the installer script 5.2.3 it is still and always installing the latest version only. It is not possible to install an unsupported version! 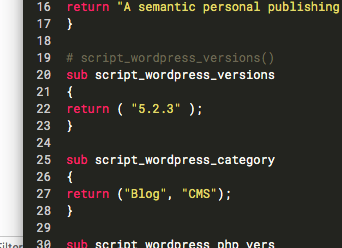 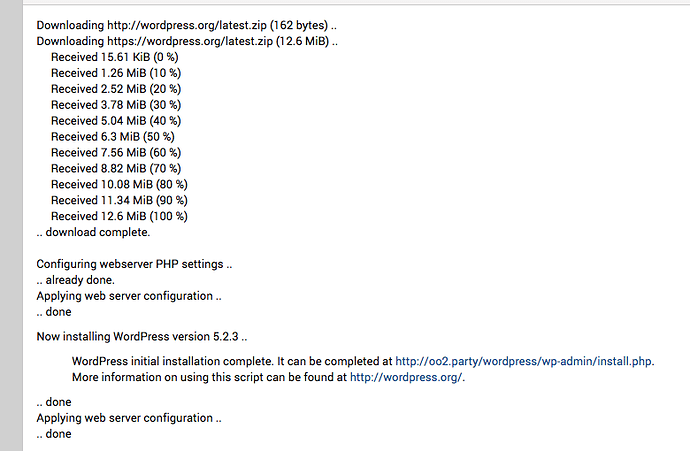